Russia’s Most Soccer-Mad City, Excluded From the World Cup

Soccer fans in Krasnodar flocked to the amphitheater next to the stadium of F.C. Krasnodar to watch World Cup action.

KRASNODAR, Russia — Sitting in a limestone-clad amphitheater, filled with fans watching the Uruguay-France game on a giant screen last Friday, Daniil Shmatkov lamented that this or some other World Cup match was not happening in his hometown.

“Of course we deserved it, Krasnodar is a city of soccer,” Shmatkov said, sitting in a white team England jersey only a few hundred feet from the city’s stylish new stadium.

“The atmosphere would be cool, fans would fill the city,” added Shmatkov, 20. “We love soccer, but this time we have missed it.”

The 2018 World Cup, which closes with matches in St. Petersburg and Moscow this week, has visited 11 Russian cities this summer, a sprawling tour of the country that stretched from Kaliningrad on the Baltic to Sochi on the Black Sea to Yekaterinburg, in the shadow of the Urals. But it skipped Krasnodar, arguably Russia’s most soccer-mad city, and to those who live here, that decision still makes little sense.

“The most soccer-mad city was shut out,” Sergei N. Galitsky, the local billionaire who bankrolls the city’s biggest club, wrote on Twitter at the time when Krasnodar was excluded in 2012. “I simply cannot believe it.”

The amphitheater where Shmatkov watched Uruguay play France, and which hosted public broadcasts of all the World Cup matches, is one of the elements of a sprawling and sleek Mediterranean-styled park that surrounds an equally impressive Krasnodar Stadium, an arena opened in 2016 that StadiumDB, a website that covers arena construction, called “the Ferrari of football stadia.”

The stadium, the park, and an ultramodern soccer academy form a vast complex, all of it financed by Galitsky, who made his fortune in retail and who has embarked on an ambitious plan to revolutionize Russian soccer culture.

Krasnodar, one of the fastest-growing cities in Russia’s south, was on the proposed host cities list but was removed at the last moment in 2012. Among others, it lost to the city of Saransk, with a population of 314,000 and a scant soccer following. 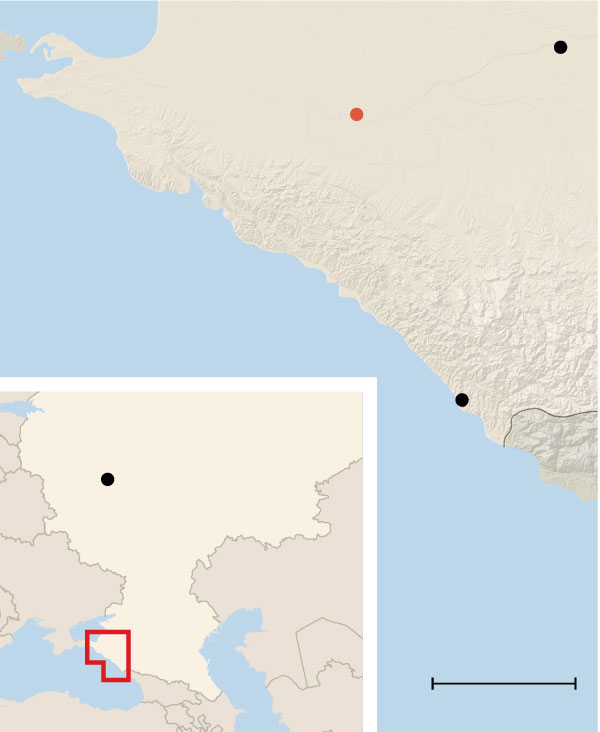 Many locals were bewildered, pointing to the fact that Krasnodar is the only Russian city outside Moscow that had two soccer teams in the country’s top league — Mr. Galitsky’s Krasnodar and the municipal Kuban, one of the oldest teams in Russia.

Stung by the criticism, the Russian authorities went on the defensive, explaining that the final selection had been made by FIFA. They also said that the city of Sochi, which belongs to the same Krasnodar region, already had a stadium, built for the Winter Olympics. And Vitaly L. Mutko, Russia’s sports minister at the time, said that with the capacity of 34,000 spectators, the Krasnodar stadium simply was not big enough.

But Krasnodar residents have been quick to note that some of the current host cities have even smaller arenas. Auxiliary seating stands were built in Yekaterinburg to bring its stadium capacity to 33,000. The arena in Kaliningrad is also smaller than in F.C. Krasnodar’s gleaming new home.

Locals pointed to Krasnodar’s notoriously clogged roads, a direct effect of a village turning into a city of one million, as the reason the city was left out. Others said that the World Cup might have been the opportunity to mitigate the traffic problem by building new highways.

But they also whisper that there might have been a more apparent explanation that the authorities were not ready to reveal: Krasnodar’s stadium might have cast too big a shadow over the other new facilities. Also, by excluding Krasnodar, the state had to build one more stadium, spending more public money.

The difference between a facility financed by hundreds of Galitsky’s millions and those built on state or regional budgets can be seen with the naked eye. Clad in Italian travertine, Krasnodar’s resembles the Coliseum. Inside, a panoramic screen, one of the largest in Europe, wraps the walls above the stands.

Some of the other World Cup stadiums, in contrast, look grand from a distance, but yellow lawns, crumbling concrete floors, and inexpensive materials are among the more obvious flaws, even as the construction budgets were around the same as the $316 million or so spent in Krasnodar.

The difference was so apparent, in fact, that in 2017 Russia’s president, Vladimir V. Putin, chose Krasnodar to take FIFA President Gianni Infantino on a tour before last year’s World Cup warm-up tournament, the Confederations Cup. Speaking to Putin in the stadium’s V.I.P. box, Infantino praised the infrastructure in Russia as “absolutely state-of-the-art.”

Though the Krasnodar stadium was not built for the World Cup and played no part in the Confederations Cup, Infantino’s enthusiasm was not unique. Whenever people visit Galitsky’s soccer academy here — Spain lived and trained at the facility during the World Cup — they show nothing but “astonishment,” said Maksim A. Savostin, its sporting director.

“Many people when they hear about Krasnodar think that this is just some small city,” Savostin said. “It is when they come here that they understand how unique this project is.”

Yet Galitsky’s push for the game was so intense at times that some in Krasnodar began to oppose it — yet another sign of the city’s vibrant soccer culture. Vyacheslav A. Bogoroditsky, a devoted fan of F.C. Kuban, the city’s other Russian league team, said he had not been to the new stadium and the park surrounding it, and that he doesn’t recognize even the existence of Galitsky’s Krasnodar, which was founded in 2008 — 80 years after Kuban, which had to declare bankruptcy in May.

“Some people are interested in comfort at the stadium, in having a bottle of Coke and a pack of popcorn,” said Bogoroditsky, a lawyer by profession. “Formally for me, such a soccer club as Krasnodar does not exist.”

Krasnodar’s fans say that there was no other way for Galitsky to move forward with his ambitious plan than by defying traditions and starting from scratch.

“You cannot do this together with the regional administration, they have their own ambitions,” said Yevgeny P. Rudenko, a local entrepreneur, sitting in a bar with jerseys of some of Krasnodar’s most successful players hanging on the walls.

Yet soccer fans across the divide in this city get united in their bitterness that Krasnodar was excluded from the world’s biggest sporting party.

For Lera M. Lisyanskaya, another Kuban fan, the bankruptcy of her favorite team came at around the same time when she realized how much did her native city miss out without the World Cup.

“I was in Rostov-on-Don on the eve of a match day and saw all these foreigners, all these fans,” Mrs. Lisyanskaya, 20, said. “The atmosphere was completely different than at a Russian Premier League game,” she added.

“It was so cool and it would be really interesting to have this in our own city.”

U.S. Open Gives Serena Williams a Seeding Bump, to No. 17

At Long Last, the Eagles Capture Their First Super Bowl

As Red Sox Creep Away, Yankees Check Their Rearview Mirror